Background: The increasing availability of machine learning tools as well as the amount of patient data collected in audiology provide the potential to exploit these data by means of an audiological diagnostic supporting tool. Using such a tool, objectivity and precision of audiological diagnostics could be improved, e.g. by supporting the ENT specialist by providing a „statistical second opinion“. However, the different choice of audiological tests used in different clinical databases need to be integrated to be able to combine all data. For this purpose, the Common Audiological Functional Parameters (CAFPAs) were introduced as abstract and measurement-independent representation of audiological knowledge, characterising the human auditory system in terms of relevant functional aspects (Buhl et al. 2019).

Results: For different combinations of audiological measurements (in the sense of a test battery), a broad range of classification performance was obtained. Combinations of CAFPAs achieved a comparable maximum performance, indicating that this abstract representation contained all relevant information for the respective classification task.

Conclusions: With a simple statistical modeling and classification approach, the CAFPAs were found to be similarly suitable for the considered audiological classification tasks, which is an important prerequisite for the further development of an audiological diagnostic supporting tool based on CAFPAs. In the long-term perspective, such a tool provides the potential to optimally combine the competence of human experts with the power of computational methods. The CAFPAs could also be applied in the context of mobile health applications, i.e. integrating over audiological measurement procedures performed on smartphones and in clinical settings. 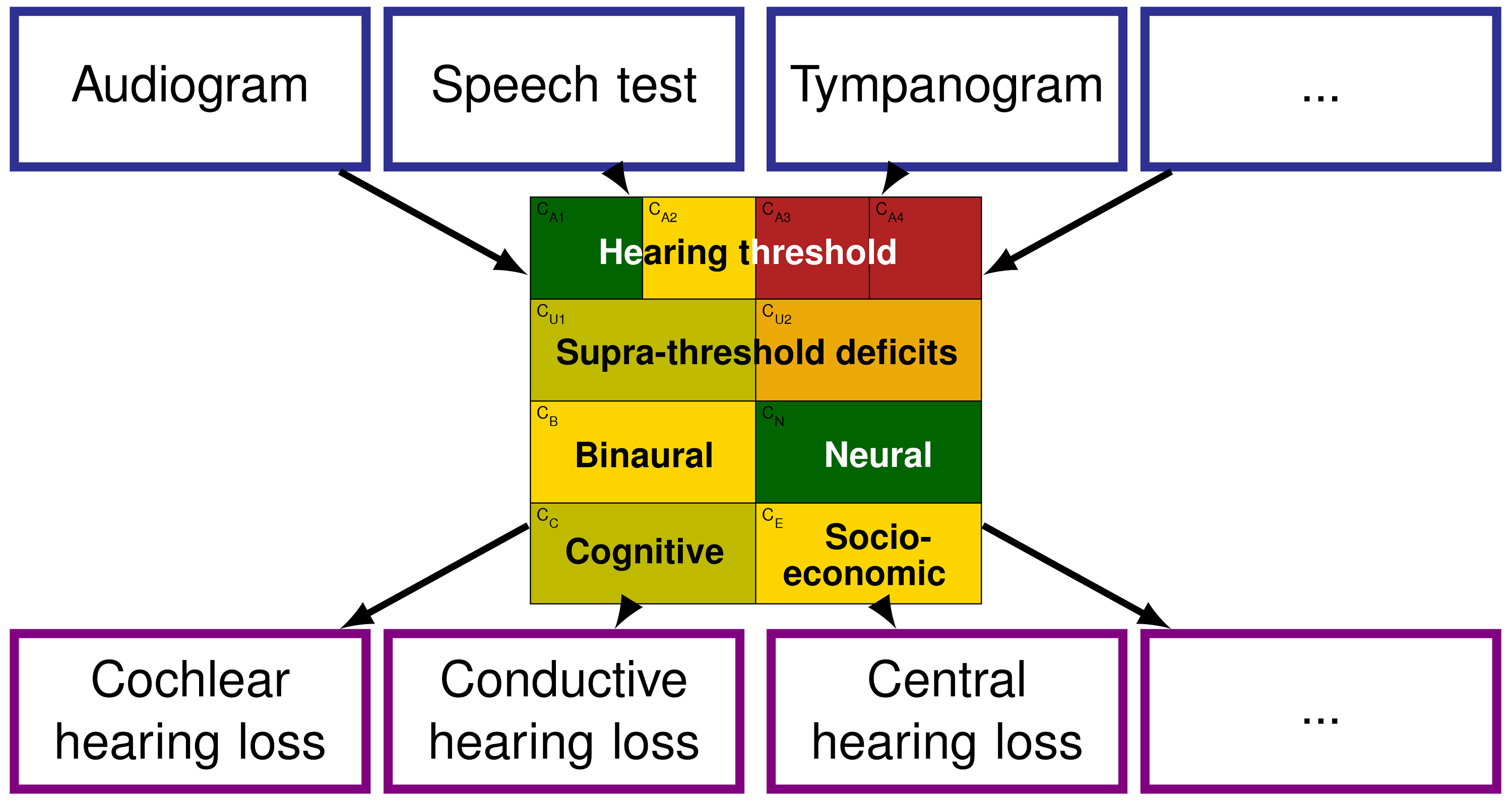 Get all news to your email quick and easy.
View Calendar

Bringing AI and Audiology together