Background: Although cochlear implants (CIs) provide hearing for severely-hearing-impaired or deaf populations, certain hearing abilities remain challenging for CI users. Many have reported less than ideal music enjoyment as well as difficulty perceiving speech in ‘cocktail party’ situations. Musical training interventions for CI users, particularly those that include motor activities, have previously been shown to improve both aspects of music appreciation and several aspects of speech perception. However, musical training is multi-faceted, and it is not always clear which effects are related to music and which are related to other aspects of training, such as social interaction with instructors or learning new skills. Serious gaming offers a flexible platform that can adjust elements of gaming to isolate the music from the training, allowing the paradigm to reveal what is ‘special’ about musical training. The aim of this randomized controlled trial is to evaluate the effectiveness of piano lessons on music enjoyment and speech-on-speech perception among CI users, compared to a serious gaming control intervention.

Method: For our music intervention, we will use Guided Audiomotor Exploration, an improvisation-based ideomotor piano method developed in a pilot study with three CI users. Ideomotor learning may be associated with top-down effects that are expected to enhance the central auditory processing of degraded auditory input coming from the CI. Our control intervention consists of serious gaming sessions that are tailored so as to be as similar as possible to the piano intervention format, however without music. The trial will last six months and we will do a three-months follow-up. Our primary outcomes are qualitative music appreciation questionnaires and quantitative speech-on-speech perception scores.

Expected outcome: Compared to baseline, we hypothesize that our music intervention for CI users will increase music appreciation and improve speech-on-speech perception. We do not expect serious gaming to affect either primary outcome. Thus we hope to show with this tailor-made control intervention that improvisation-based musical instrument learning can facilitate neuroplasticity affecting central auditory processing in CI users. 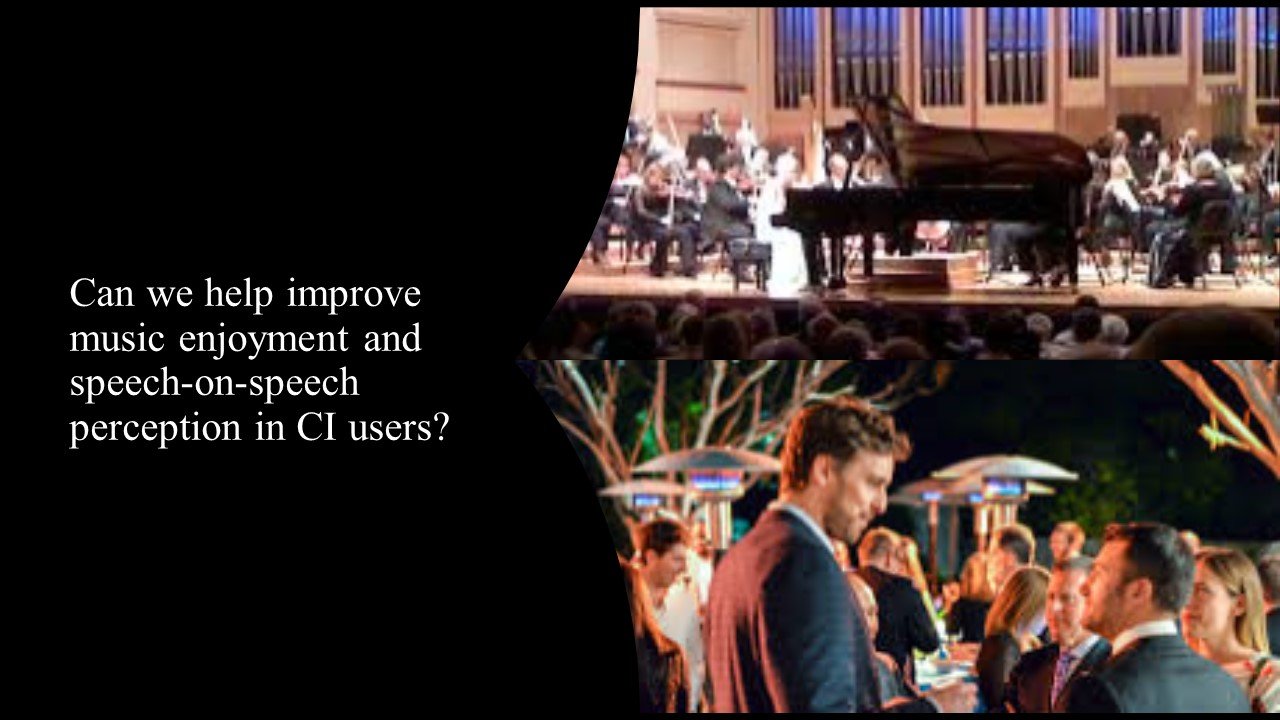