Methods: We trained 4 binaural neural networks on localizing sound sources in the frontal azimuth semicircle. Our data was synthetically generated by convolving gaussian white noise with HRTFs of the KEMAR head. The resulting frequency arrays were fed into the binaural network and were mapped via a hidden layer with a varying number of hidden nodes (2,20,40,100) to a single output node, indicating the azimuth location of the sound source. First we validated the overall performance with standard localization plots on broadband, highpass and lowpass noise and compared this with human performance. Afterwards, we analyzed the spatial and frequency tuning of the hidden neurons and compared the learned weights to the ILD contours of the HRTFs.

Conclusion: With an increasing number of hidden nodes, the network becomes increasingly sound level independent and has thereby a more accurate localization performance. Additionally, the weight analysis shows that sharp frequency tuning is necessary to extract meaningful ILD information from any input sound. These results show some evidence against the long standing level-meter model and support the sharp frequency tuning found in the LSO of cats. 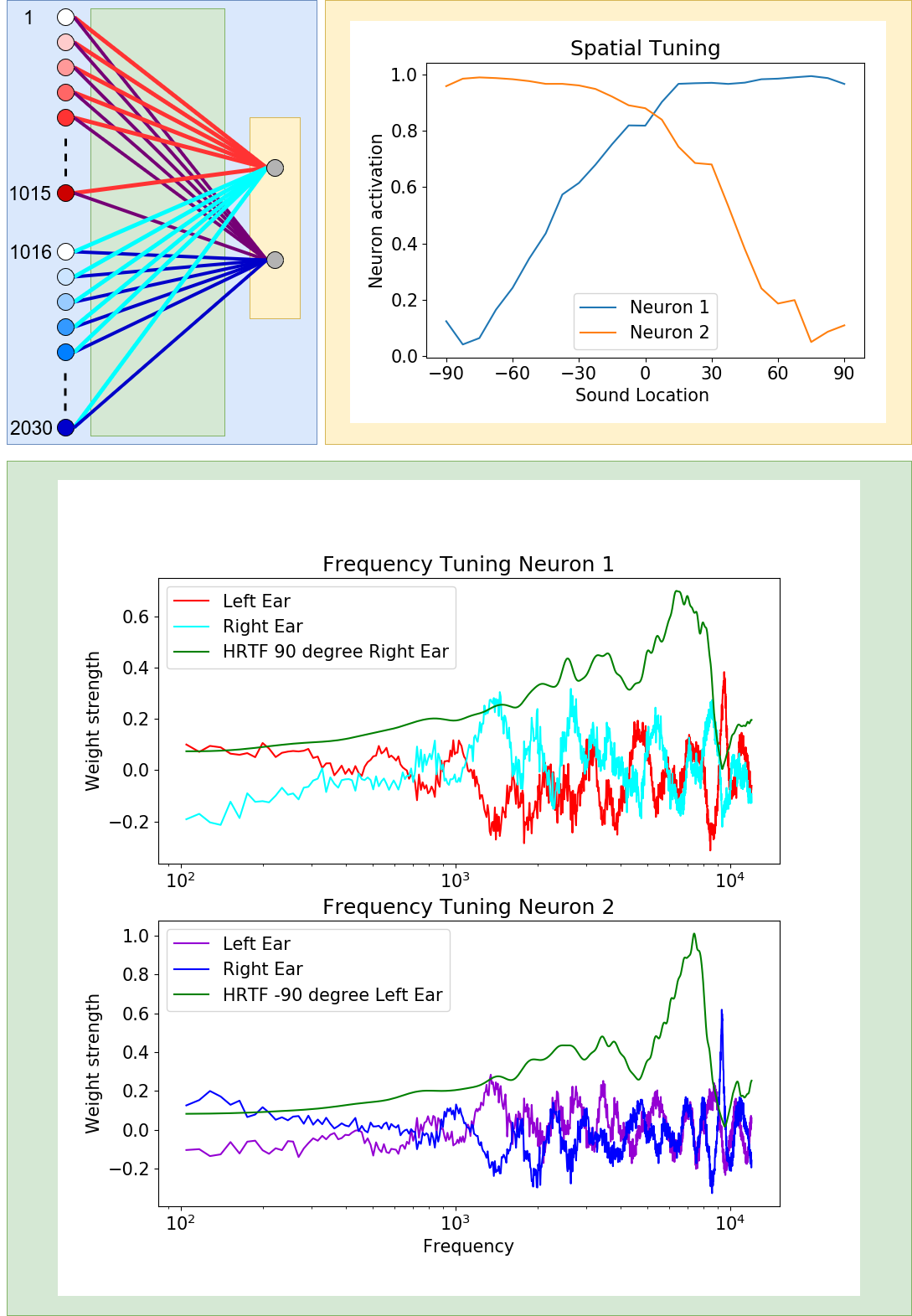