Automated Speech Recognition (ASR) for the deaf and communication on equal terms regardless of hearing status.

You are witnessing a recording of an interview that was prepared as an experiment using an automated speech recognition system (speech to text). One of the participants, Dimitri Kanevsky is deaf and needs to read the transcript of what is said in order to follow the discussion, the other participants are normal hearing. We all need to take time so that we read the transcript and confirm that we understand each other properly. We are using Google Meet and Google Relate, a prototype system not yet publicly released, that is trained on Dimitri’s speech. In addition, we are in different time zones (16 hours apart), haven’t met in person before, and English is not the first language for all of us. Of course, we hope the internet connection will not fail us. There will be a video recording and an audio-only recording. The (edited) video recording will include the transcript of what is said by Dimitri. 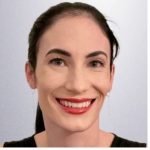 Jessica Monaghan works as a research scientist at the National Acoustic Laboratories (NAL, Sydney) with a special interest in machine learning applications in audiology. She studied physics in Cambridge (UK) and received a Ph.D. in Nottingham (UK). She worked as a research fellow in Southampton and Macquarie University in Sydney. Her work focuses on speech reception and how to improve this in case of hearing loss. Recently she studied the effect of facemasks on speech recognition. 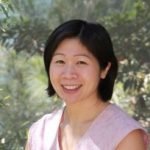 Nicky Chong-White is a research engineer at the National Acoustic Laboratories (NAL, Sydney). She studied Electrical Engineering at the University of Auckland (NZ) and received a Ph.D. in speech signal processing at the University of Wollongong (AU). She has worked as DSP engineer with several research organisations including Motorola Australian Research Centre and AT&T Labs. Nicky holds 10 patents. She is the lead developer behind NALscribe, a live captioning app to help people with hearing difficulties understand conversations more easily, designed especially for clinical settings.  She has a passion for mobile application development and creating innovative digital solutions to enrich the lives of people with hearing loss. 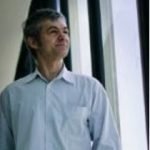 Dimitri Kanevsky is a researcher at Google. He lost his hearing in early childhood. He studied mathematics and received a Ph.D. at Moskow State University. Subsequently, Dimitri worked at various research centers including Max Planck Institute in Bonn (Germany) and the Institute for Advanced Studies in Princeton (USA) before joining IBM in 1986 and Google in 2014. He has been working for over 25 years in developing and improving speech recognition for people with profound hearing loss leading to Live Transcribe and Relate. Dimitri has also worked on other technologies to improve accessibility. In 2012 he was honored at the White House as a Champion of Change for his efforts to advance access to science, technology, engineering, and math (STEM) for people with disabilities. Dimitri currently holds over 295 patents.

Quotes from the interview

Dimitri: ‘There is no data like more data.’ (Mercer)

Jan-Willem: ‘Be careful about reading health books. You may die of a misprint.’  (Mark Twain)

NALscribe is Live on the App Store!